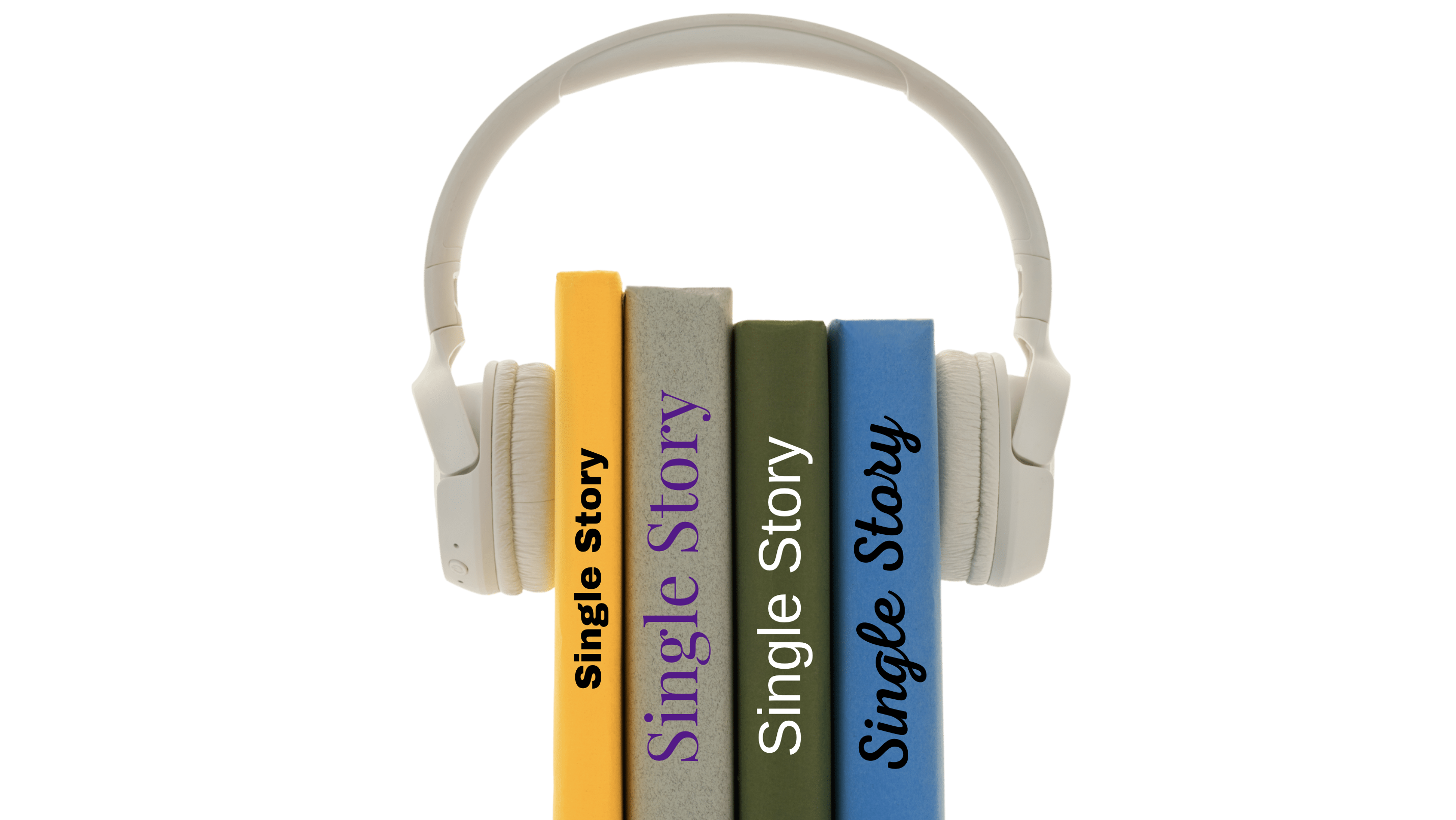 When she was a child, MacArthur prize-winning best-selling novelist Chimamanda Adichie’s writing imitated the dominant culture that was offered in the literature at her school.  Though Adichie is Nigerian and black, the characters in her first stories were light-skinned and lived in Western countries. In her 2009 TED Talk which has been viewed nearly 33 million times, Adichie recalls how despite the early limits on her imagination, she eventually found her authentic cultural writing voice, the one that has led to nearly 20 honorary degrees, numerous major literary prizes, and a genius grant.

In her talk, Adichie explains that people tell what she calls the “Single Story” like she did as a child in her early writing. Instead of understanding that all stories are nuanced, we may leave out important things, retell things that are false, and fail to notice that there are other truths and interpretations. A single story simplifies things. That neighborhood is unsafe. Fatty food is bad for you.  But even reliable stories are not always fully true. What’s worse and potentially dangerous, Adichie warns, is that we often believe and accept the single story without questioning it.

Consider this single story about gravity, for example. It is very dependable, that is if you are on Earth. On the moon it is only 1/6 as powerful as on Earth. In space it’s a downright slacker, showing little apparent effort at pulling things together at all.  If we did not know better, or were not curious to know more, we could assume this was somehow gravity’s own failure to work from a distance, its dislike of small satellites, or its need for a certain atmosphere. Silly examples like this one can remind you that it’s easy to come up with a single story. Sticking with a single story that you came up with yourself can be easy, too.

In my best-selling book The Effort Myth, I also write about stories, particularly the ones we tell about students who seem to have the ability to do well yet are struggling. The effort myth is one of those single stories. It oversimplifies a person’s struggles and perpetuates the belief that trying harder is the route to success. Of course, effort is necessary for work to be done successfully. However, trying harder is not sufficient by itself. Often, focusing on effort can make motivation problems worse, minimize a person’s real needs, wear away at belief in their own abilities, and decrease their general curiosity and love of learning.

How can telling the effort myth make some problems worse?  It can sound like these one-sentence stories and their possible translations:

It is not supposed to be this hard. (Possible translation: You must be doing something wrong.)

School success is a proxy for life success. (Possible translation: If you don’t turn things around, you’ll never measure up.)

Some students are smarter than others. (Possible translation: So maybe you’re not one of the smart ones.)

When we tell the “It’s not supposed to be this hard” story, we may unintentionally be suggesting that a task is supposed to be easy. But for whom? The struggling person might not have essential background knowledge, a particular skill, or a clear understanding of the directions. There may be big functional gaps for a student who needs to be a relatively independent learner in a competitive school context. Compared to peers who are more efficient and more skilled, it may look as if a student is just not putting in the work. Teachers who tell the “You can do it if you try harder,” story are making the assumption that having intelligence is the same thing as being able to efficiently apply it. Especially in high school and college, a student’s apparent lack of effort can signal to educators, parents, and even future employers that something is not right. The “school success is a proxy for life success” single story can also be so demotivating to a student that trying may not seem worth it.

Single stories can be tightly focused and show the value of being smart, but in a limited number of ways. Students (and teachers) may learn to perform and move on.  A student of mine told me last week, “I got a high fail on my Algebra test. But it doesn’t matter because there is another test next week and the teacher said we won’t be doing any more parabolas this year.”  But it does matter, because the student has internalized the “It doesn’t really matter” story and disengaged from the learning process and possibility that they can be successful. Instead, they are relieved by the teacher’s promise that the misery is over and have missed the story where they learn that they can learn.

Intelligence cannot be captured in a single story as there are many ways to be “smart”. Furthermore, our ways of understanding intelligence are limited by what we know about learning and the brain. No one theoretical framework captures all the ways to be smart, and the same person can appear smart in some contexts but not in others. One enduring attempt to capture intelligence is “Learning Styles”. Thirty years ago, then relatively unknown Harvard psychologist Howard Gardner published Frames Of Mind: The Theory Of Multiple Intelligences. This book and its 2000 sequel, Intelligence Reframed: Multiple Intelligences for the 21st Century  continues to change the way we tell the story of intelligence. Despite having “Multiple” in the title, Garner’s theory has led people to frame types of intelligence as their own single stories.

Gardner wasn’t alone in the professional world in deciding that IQ could not be summed up in a single story, or described as a relatively fixed entity. His Theory of Multiple Intelligences included a set of eight abilities that resonated with many people. Teachers soon offered learning styles-based choices for assignments.

But in its own way, embracing learning styles also became a single story. Measuring multiple intelligences was a qualitative rather than quantitative process, so it was very hard to measure reliably. Nuances were lost. But school learning still focused on learning reading, writing, math and problem-solving. Parents, who needed a simple explanation for why their child struggled, reduced descriptions to a single story: My child is a visual learner. My child learns by listening. This left out the refinements that Howard Gardner’s theory had attempted to embrace, and told a false story instead.

More recently, Carol Dweck’s “Mindset” and Angela Duckworth’s “Grit” have become widely applied to the world of education. Because it acknowledges that some tasks are hard and will require more attempts to get them correct, the mindset approach can help maintain student engagement. Research shows that grit — having passion and persistence for long-term goals — predicts student success. Both approaches, however, have been widely reduced to single stories about the value of self-belief (You can do it!) and tenacity (Keep trying and you’ll make it!). For students who struggle these single stories fail to provide scaffolding for success.

3) Single stories fail to notice that there are other possible truths and interpretations.

Why don’t we readily challenge the effort myth? Creating a new story means considering the possibility that other stories are also possible. It requires kindling curiosity, accessing new knowledge, and developing new understanding. The costs of believing in the effort myth — that just trying harder will ultimately lead to success — can be very high. But in the absence of a story where a student knows how to try more effectively, the effort myth can seem to make a lot of sense.

Part of the job of educators is to identify what they think students are capable of and then match that to curriculum expectations, offering support where appropriate. Teachers continually monitor student progress and make conclusions about why students achieve and at what levels. Their professional judgments cannot always be easily separated from opinions, personal experiences, and biases.  Faced with the apparently capable student who isn’t getting started without teacher cues, contributing to group work, engaging in class discussion, who doesn’t follow directions, turn in homework, or consistently pass tests, the effort myth is a single story many may consider.

Standards-based education, with the aid of rubrics, aims to help teachers measure student behaviors with as little subjectivity as possible. Rather than targeting reasons for difficulty, teachers focus on desired behaviors and outcomes. But teachers are still human, and when a student who seems to have the ability to do school work does not demonstrate behaviors that teachers believe would lead to success, it is natural for teachers to ask why and to supply reasons. Without a story that offers more than lack of effort as an explanation for their learning challenges, students who struggle to learn at any age may feel misunderstood. They may be confusing, even to themselves.

Every student needs more than a single story. This may mean a diagnosis for a condition that impacts learning and that would change the interpretation of that story. The diagnoses I see most often in my private practice are for students and adults with learning disabilities, ADHD, Executive Function Disorder, and related anxiety disorders. Many students may have what are called subclinical symptoms or ones that are only a concern in some contexts. People often look different in different settings or even with different people in the same places. Subclinical symptoms do not mean, though, that a person does not experience struggle. It may just mean that no observer is seeing the struggle.

Chimamanda Adichie’s The Danger of a Single Story reminds us why we need to look for truth and explore more than one way to tell a story. In the world of learning, the single story is not only a danger to an individual person’s understanding. As the innovative working world depends more and more on human relationships and creativity to harness its technological creations for solving real-world problems, each single story is joined to the library of teachings that we all share. What single story are you telling? 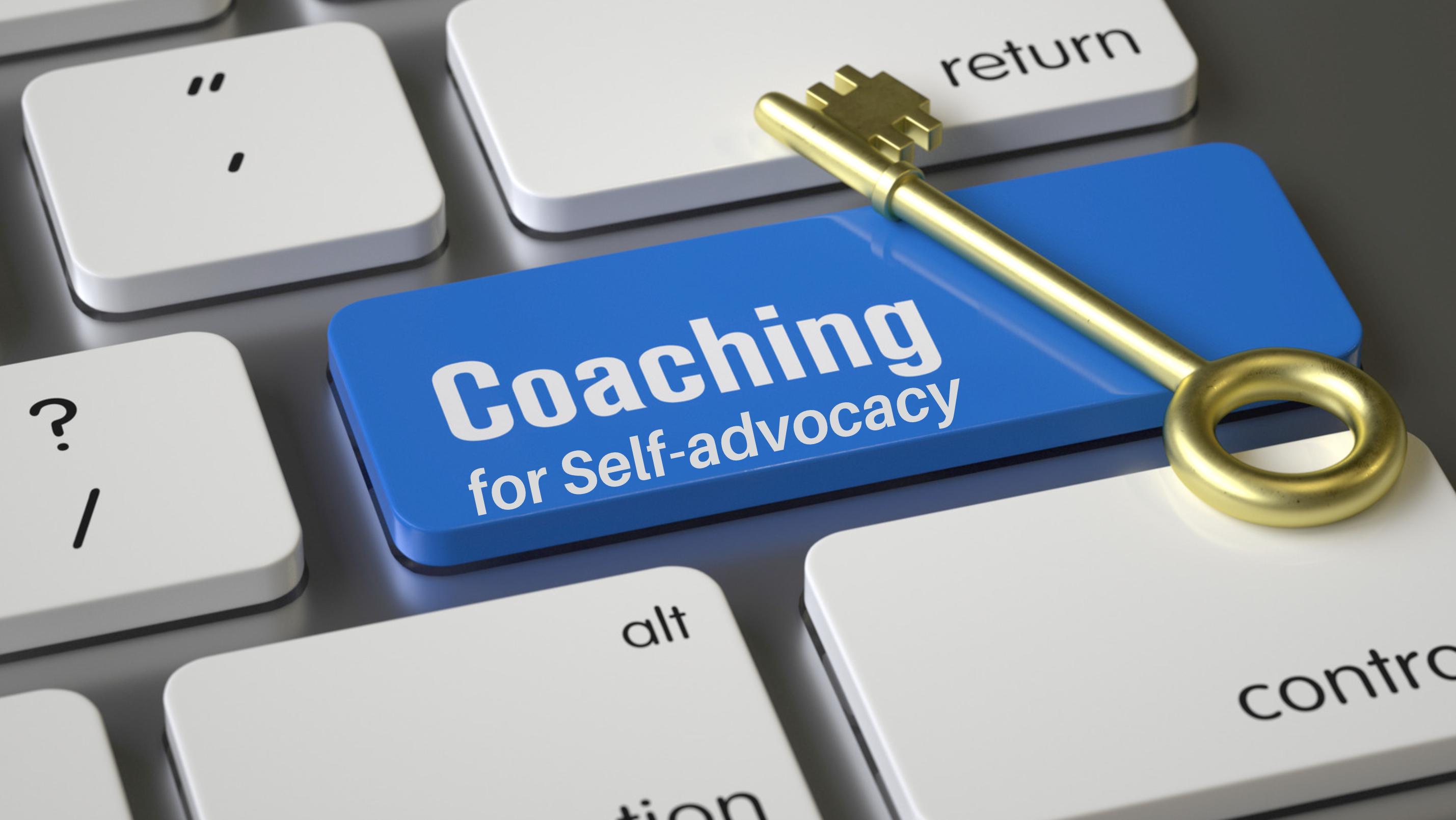 How to Get Students to Self-Advocate 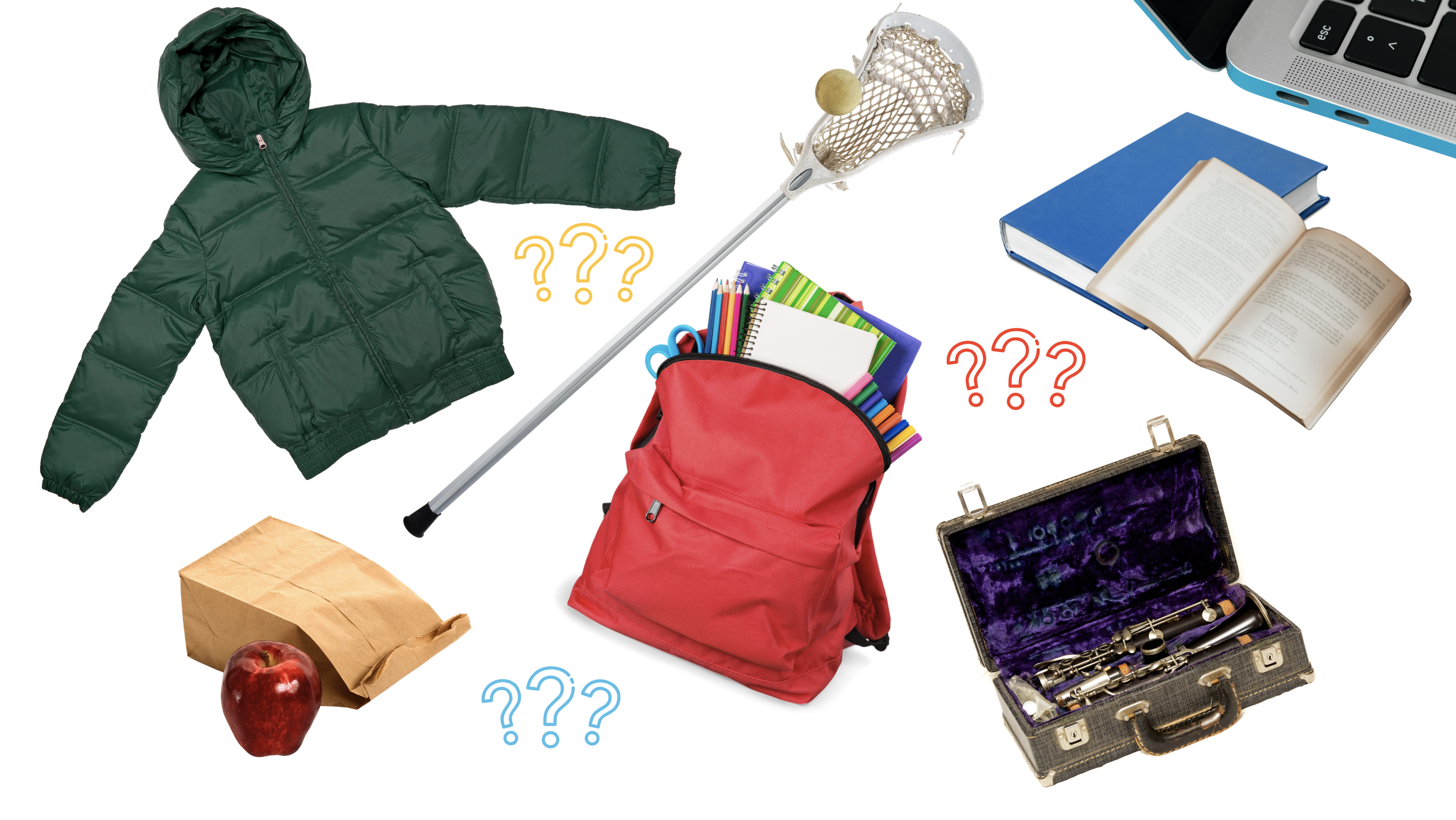 When Your Child is a Forgetter: Part One 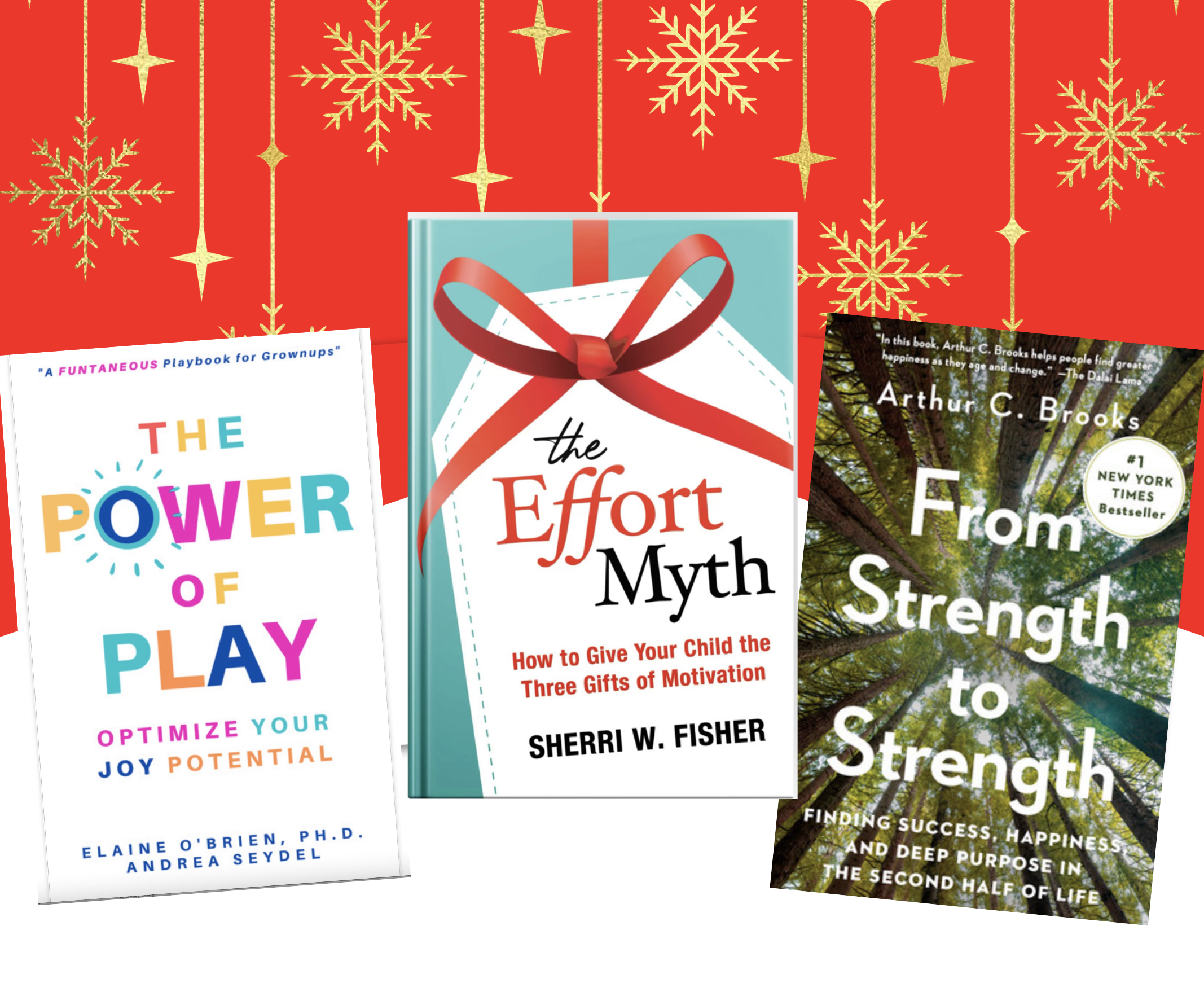